Malta is an island located in the centre of Mediterranean, 93km (60 miles) south of Sicily.

The total population of the country is approx 420,000. There are approximately 2,300 pigeon fanciers. 1,400 of them race in 25 clubs, competing in one Federation. The island boasts the largest number of competing racing pigeon fanciers per capita world wide. 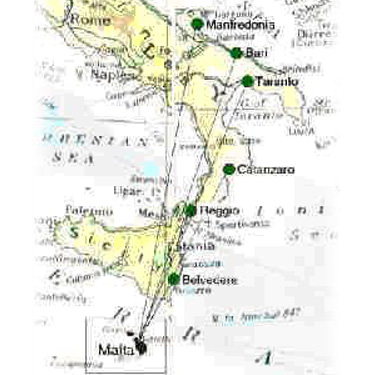 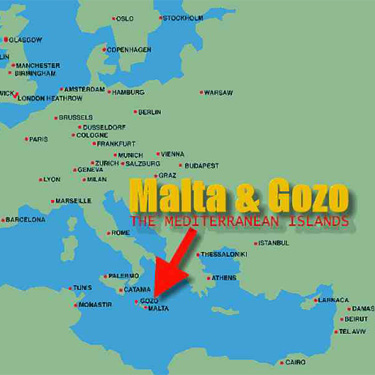 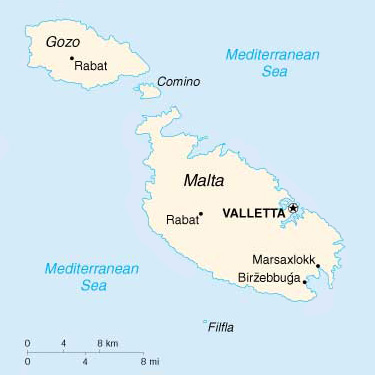 The pigeon racing sport in Malta is determined by particular geographic conditions. This means that racing pigeons in Malta (unlike in any other country in Europe), have to race the last 93 kilometres (60 miles) above open sea. Therefore, for these pigeons every race is literally a question of life or death. The weather conditions, which are subject to swift changes, also have a great influence on every race.

The System in Malta

The Malta Federation of Pigeon Racing Clubs is the exclusive pigeon authority on the island. It organizes all the races from Sicily and Italy, has the responsibility of applying for necessary permits, owns the transporters and takes care of their maintenance. The Federation’s Council consists of eleven voluntary members from the local Clubs. They are elected every two years, and every Club member has a right to one vote.

Nearly all fanciers begin training (tossing) their birds in October, before the races start the following month. These tosses are organized by the clubs, or by individual members; and go as far as the other side of Gozo (Malta’s sister island), an average of 20km at the most. Most fanciers keep tossing on their own during the racing season.

Due to high climate temperatures of above 30ºC already in June, the racing program starts in November with the Short Distance Races, then as the program progresses, the Long Distance Races begin in mid January. The program climaxes with the longest race towards the end of May, ending the season.

In Malta we have a system that favours the team performance, as well as a system to reward the performance of individual pigeons. The Malta Federation rules, limits the number of pigeons that a fancier can enter for any race, to a maximum of ten, and the usual birdage is 7,000 - 8,000 pigeons per week. Even when pigeons are sent for training, they are not released with the race birds and eliminates, any advantage of “Mob flying”.

The system for the points is calculated as follows: 20% of the number of pigeons participating in the race are awarded points according to the distance to the race point. The number of kilometres of the race, say 100km, is divided by twenty per cent of the number of pigeons entered, (say 200 pigeons entered, 20% = 40), so 100 is divided by 40 = 2.5 points difference. This means that the first pigeon in a 100km race is awarded 100 points, then in descending order the points awarded will reduce by 2.5 points, i.e. second place 97.5 points, third 94.5 points and so on. This system will at least give all fanciers some satisfaction, in achieving some points, even if they have not won a trophy. Unlike in many other countries, when after you have clocked your first pigeon, the race is over; in Malta, every arrival is greeted with great excitement, as you never know if there are points still to be achieved. Throughout the season there will be a leader board for the current top fanciers, be it in the short, long or overall distance category and for the best bird short, long or overall distance category. This all adds up to ongoing interest and hopefully to give even the less successful fanciers some recognition of their achievements. The main thing is, that for every race, every fancier is still in a state of high adrenalin, awaiting each arrival. Every point a fancier or bird accumulates, might be very important, come the end of the season.

Finally, if a pigeon flies in races that accumulate to 2000 miles, within one season, but where it has to be “placed”, (i.e. awarded points), then it is awarded a gold ring, in recognition of consistent achievements. Bear in mind, that in Malta, we race throughout the winter and every race involves a 93km (60 mile) sea crossing, then it is certainly not easy to achieve this. I hope that these systems give you “Food for thought”. Anything that increases the enjoyment, spreads the rewards to a greater number of fanciers, the better for the sport. The sport is there to be enjoyed by all!

The pigeons are then released on Sunday morning. Old birds and young birds are competing in the same races. Losses are very high during the racing season. A race with a 70% return is usually accepted as a good race. The return in the majority of the races varies between 25% and 65%, according to the weather conditions. However we have even had occasional races when only 10% to 20% of the pigeons make it back home. This is mainly due to Malta being a little island, 93km (60 miles) away from the nearest land mass. There is no resting place in between; only water. The weather conditions of the race are an influencing factor on the outcome of the race. As can be seen, this situation puts the fancier in a position of breeding a large quantity of pigeons per year, with each fancier having an approximate number of 100 racers.

The survivors of the racing season are put to stock and used only for breeding. Such selection (survival of the fittest) makes Maltese racing pigeons the toughest racers in Europe with a very high level of endurance.

Strains of pigeons in Malta

Racing pigeons are imported from all over the world (mainly Holland, Belgium and UK). Many youngsters bred from these winning pigeons for racing in these tough conditions, prove to be below the required standard. The complex task and ultimate goal of the best fanciers in Malta is to sieve through these pigeons to cross with their own, and effectively create the best possible strain. The reward is managing to overcome the tough racing conditions in Malta, and proving to be the amongst the best, anywhere they compete in the world.

Consequently, when Maltese pigeons are raced abroad the results are very encouraging, proving the stamina of Maltese bred pigeons. A case in point was in the 2001 Pigeon Olympiad in Cape Town, South Africa. I sent only one pigeon as a youngster, to compete in a one loft race with pigeons from all over the world in January 2001. It won 2nd prize (the first pigeon was a fraction of a second before) in the race from Victoria West. This was not a performance by chance. The parents of the winning pigeon were both federation winners in my loft and had already bred me many other local winners themselves.